Our Wedding and Honeymoon: A Recap - Miranda Nahmias & Co. Skip to content

Now, I don’t normally do this, but today I want to share a very personal post with you guys! As some of you may know, back on June 4th, Brent and I got married! Now that I have the professional photos back, I thought that I would take this opportunity to show you a little bit more about us, plus a recap of our wedding and super fun honeymoon. 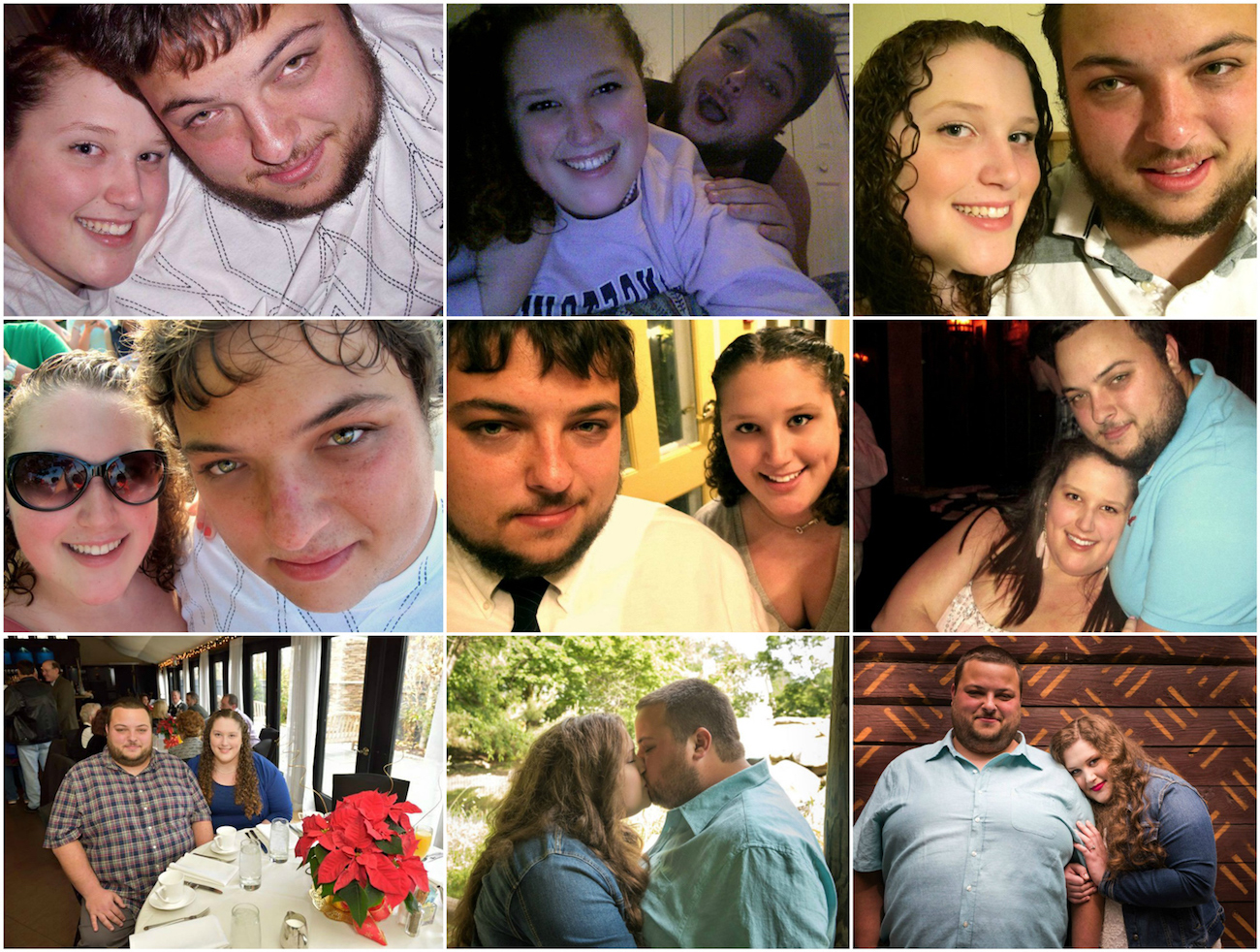 I definitely would not say that it was love at first sight, haha. We met at the University of Rhode Island, and Brent always tells people about how he apparently tried to hit on me three times on three different occasions before I even noticed that he was talking 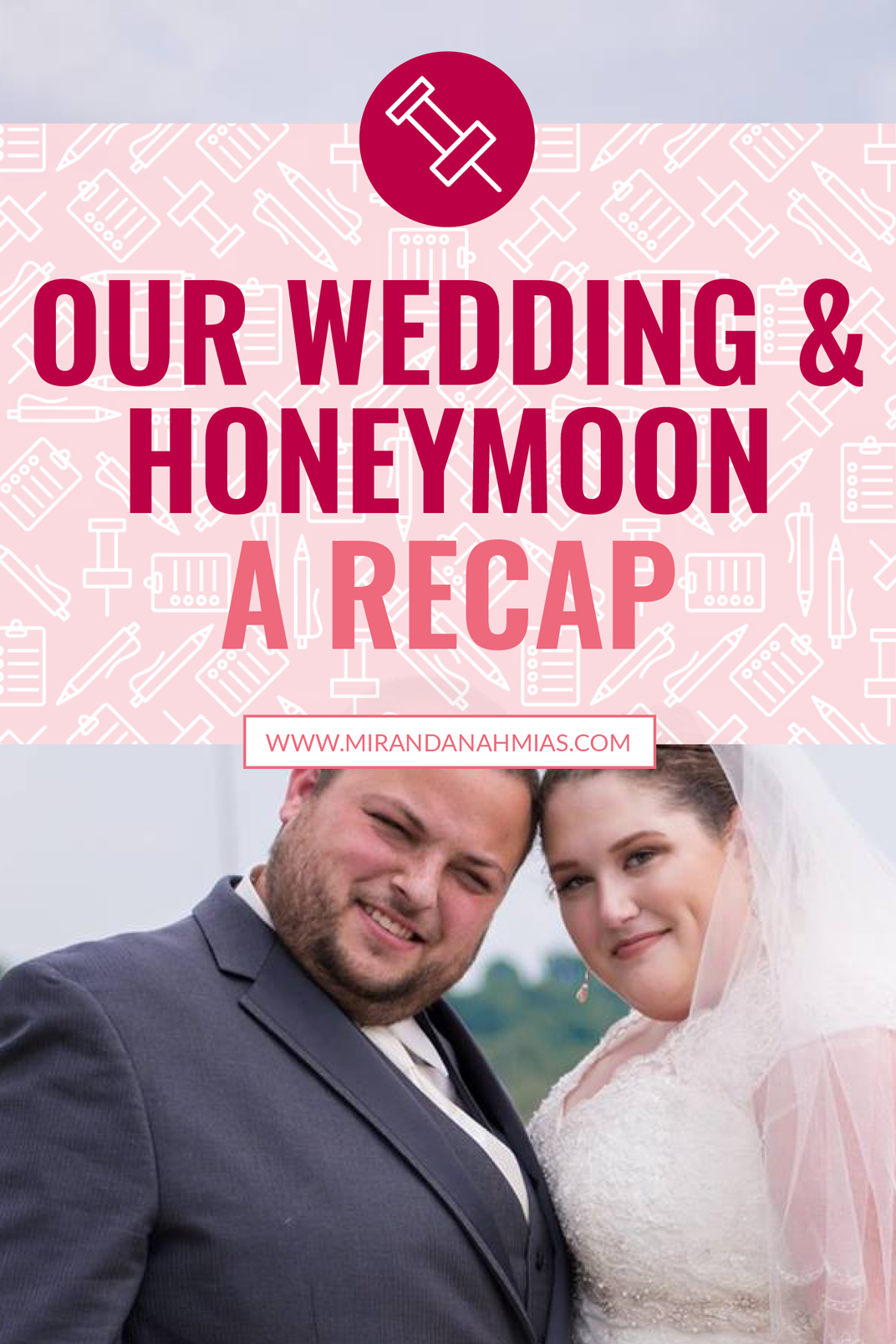 to me. Eventually, he caught my attention by asking me if I’d done anything differently with my hair…but, I immediately assumed that he must be gay!

Since I was new to southern RI, he invited to show me around town, so we hung out later that night, which is when I realized how truly amazing he was. Brent is totally different from everyone else that I’ve dated, so I definitely did not see us together at first. But once he revealed his vulnerable teddy-bear side to me, I knew that this was going to turn into something special.

Our relationship moved pretty fast. I was only 18 when we met, but we started living together about a year later, at his parents’ house. Eventually, about 1.5 years later, we moved into our first apartment, and then 8 months after that, we bought a house!

Once we got a house, we got a cat….and then another cat! A few years later, we got engaged (watch the video!), and then finally tied the knot on June 4, 2016.

We were engaged for 1.5 years, so it was super exciting when the wedding day finally arrived! And, honestly, it couldn’t have gone more perfectly. It was so much more than I could have ever imagined…everything was amazing.

I even had someone Skype with Amber, my biz bestie from Amber Creative Co., during the ceremony so that she could watch! 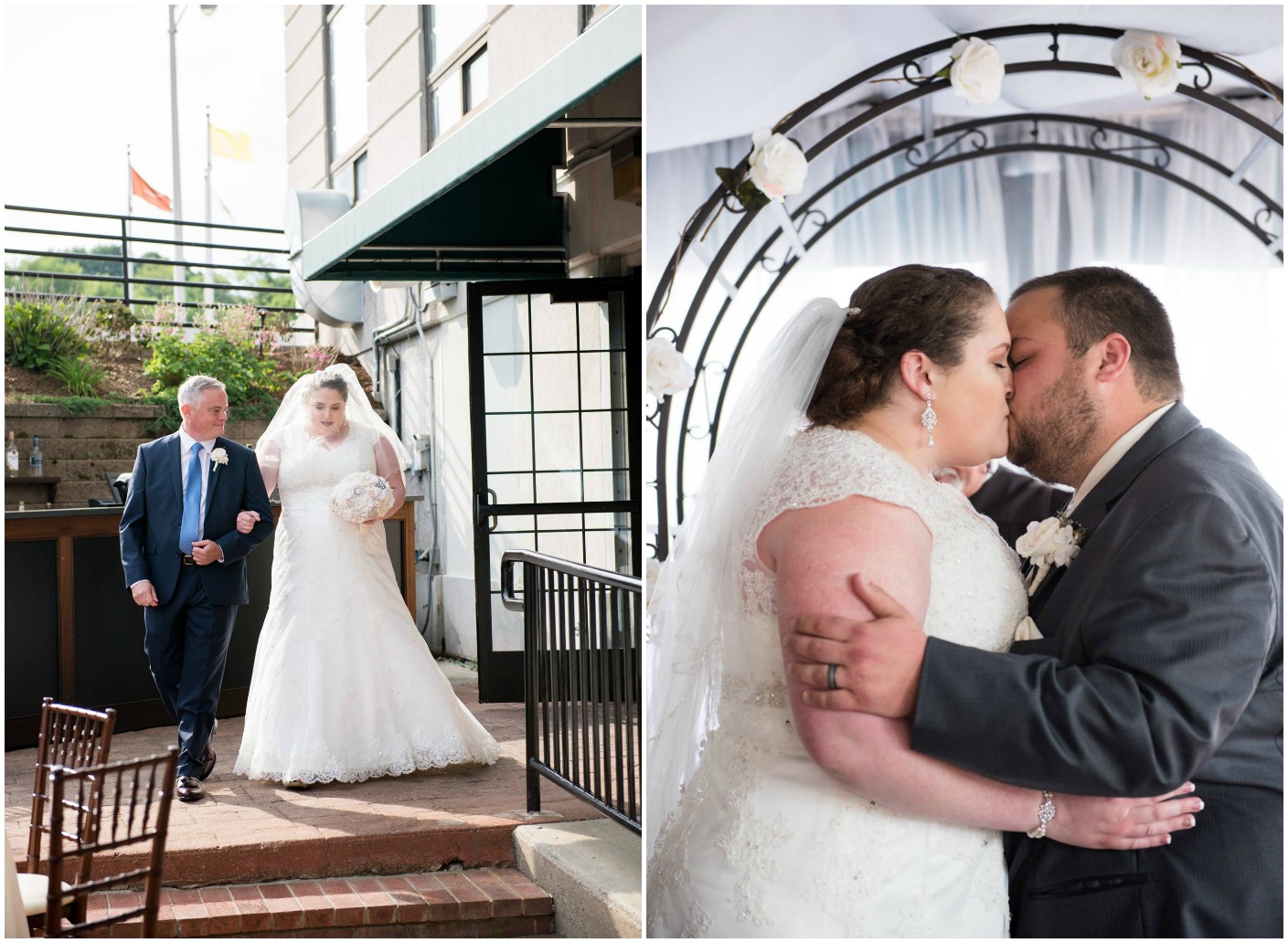 The ceremony itself was a really special part of the day for me, because I planned out every single detail of it. I personally wrote the entire ceremony (except for Brent’s vows), and handpicked the music that played throughout. Even the wedding arch was something that Brent and I bought and built together a few days before the wedding!

Brent and I had our first dance to Unchained Melody by The Righteous Brothers, and our “cake” was actually red velvet cupcakes from our favorite bakery, just a few blocks down the street from our house.

Both the ceremony and the reception took place at Waterman Grille, a cute little restaurant on the river in Providence. Everything was so beautiful — it was the perfect-sized cozy venue for our small guest list, plus it’s right on the water. 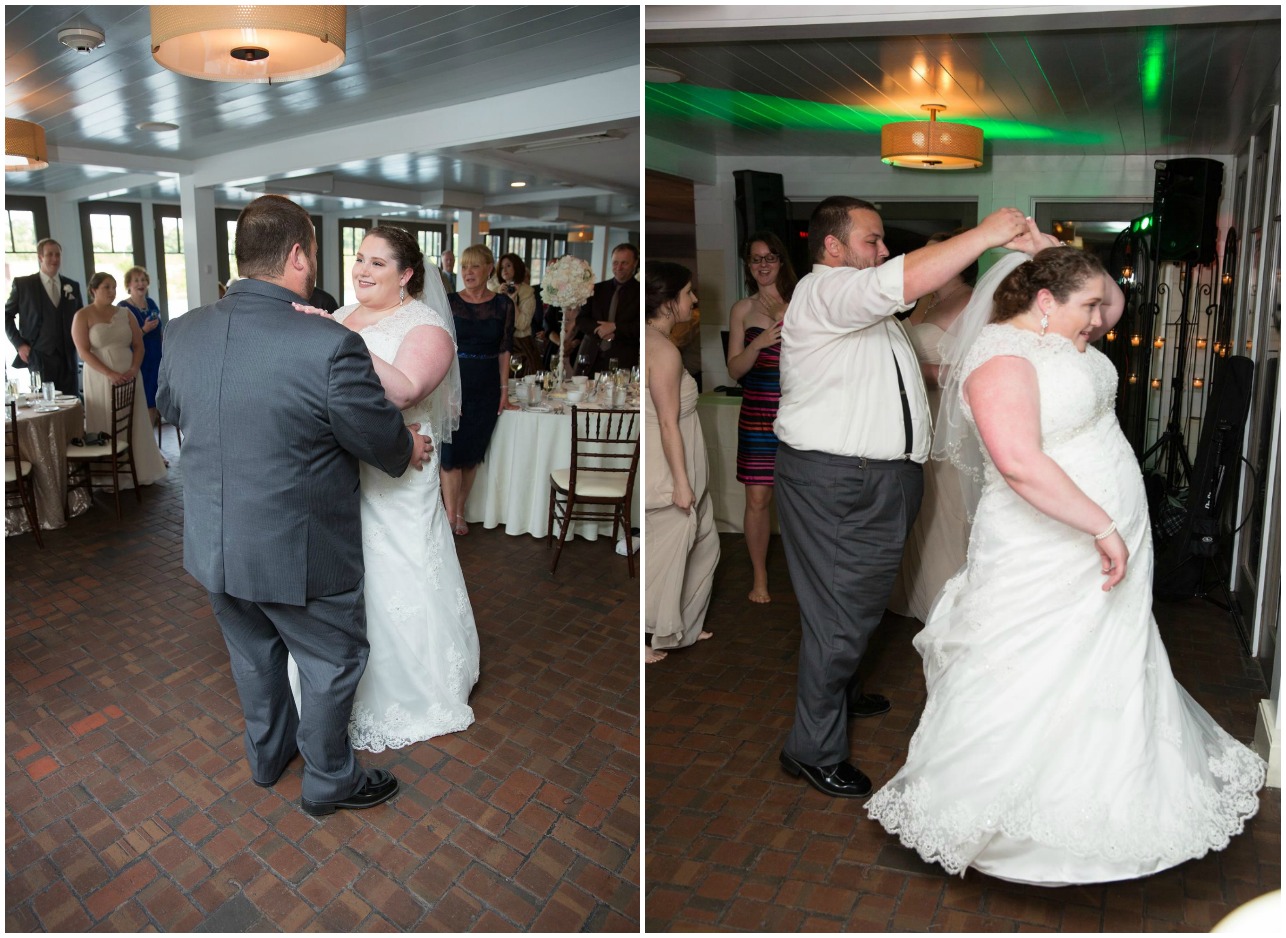 The dancing was the best part…after we finished eating, we literally danced for about 3 hours straight. It was so much fun! We closed down the dance floor together, and then took a limo back to our gorgeous bridal suite at The Biltmore in Providence, where we immediately jumped into the jacuzzi, then ordered meatball parm sliders from an all-night delivery place.

We gave ourselves a few days to relax in between, thank goodness. So, a few days later, we jumped on a plane to Cancun, Mexico, and spent a luxurious 8 days relaxing in the sun at the unforgettable Excellence Resorts Playa Mujeres.

Although there were a few things that we didn’t love about the resort, over all, it was an incredibly honeymoon and super relaxing. We felt so pampered, with our suite situated just steps away from two different pools, plus 24/7 room service and our own in-room jacuzzi! 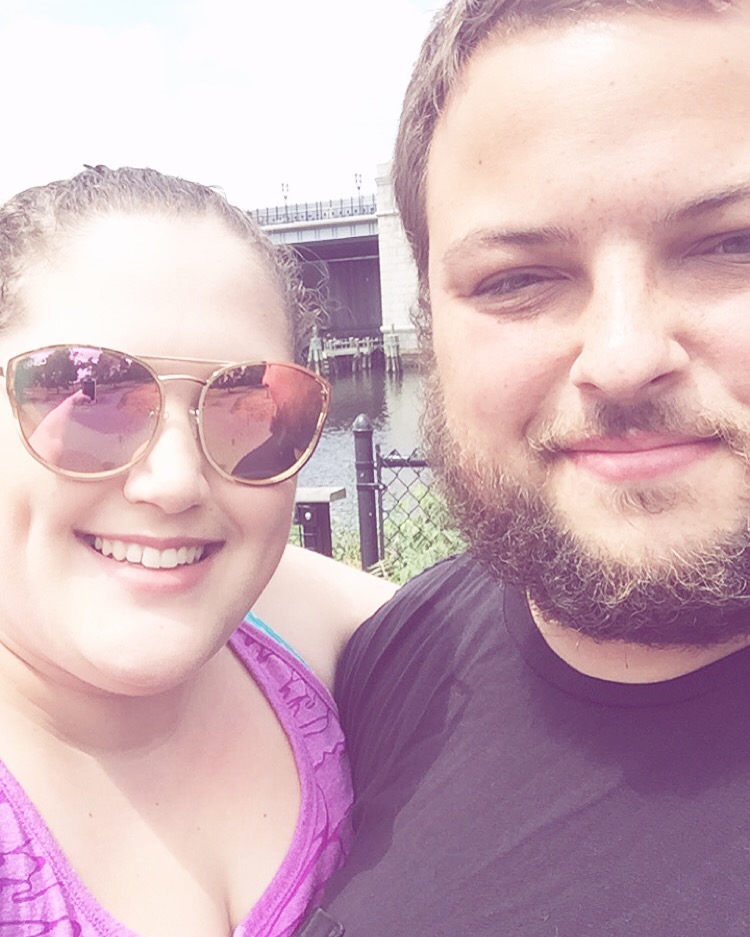 The wedding was officially more than two months ago, but it still feels like it was just yesterday! It’s a little bit surreal to now be married, after having dated for 6 years, but I’m loving it so far. Nothing has really changed, but it’s surprisingly really nice to finally be able to call him “my husband.”

Next up for us? World domination!