How to Simplify Your Workflow So You Can Focus on the Important Stuff - Miranda Nahmias & Co. Skip to content

Some of my favorite aspects about the online world are consistently growing my audience through offering thoughtful answers in online communities and building authentic connections with bloggers in similar niches. Everyone is so far apart, yet still only a message away.

Experimenting with new strategies and tactics to grow my audience, learning new skills, and incorporating new ideas have all been priorities that keep me at the edge of my seat.

Over the course of the last few months of creating content, I realized that not all tasks hold equal importance or interest to me. Or, better yet, I know which workflow I’m down to simplify that I wouldn’t miss if technology did away with it on its own.

I’m always looking for more simplified systems to make myself more productive on new projects. So, what do I simplify, and why do I simplify a workflow the way I do? Well, I’ll tell ya. Here you go:

#1: Automate Twitter (and maybe other social media as well!)

I gave social media, especially Twitter, many chances, but I still don’t see it as a reliable source of traffic in exchange for all the work and effort I need to put into it.

I suppose I’m one of those people who enjoy creating more long-form content, and while micro-blogging (essentially what Twitter is) sounds easy, the whole platform is just too busy. For a social platform whose half-life is (What was the number again? 2 seconds?) so fleeting, it’s really hard to catch up with. It’s one of those things where you have to be constantly on top of your game. Um, no thanks.

I’ve always scheduled my tweets ahead of time. One thing I realized is that even my workflow that involves scheduling tweets each week took a toll on my time and energy. I have some traffic coming in from Twitter, but not enough where I can justify all of that time each week.

I was on the hunt for a social media automation tool that would recycle all my evergreen tweets so I don’t have to go re-schedule them all over again each week. I used Buffer, and while I loved everything about Buffer, I had to manually “re-buffer” each tweet. (Plus, they ended up getting rid of their automation features a few months ago!) And MeetEdgar was out of my price range.

I found that PostPlanner offers a “recycle tool” for $10/month (the same price point as Buffer), but I wasn’t impressed with the speed and user experience at first. But ever since I loaded all my evergreen tweets on their system, my tweets simply recycle once every few weeks. Woah, magic!

If you write and create a lot of evergreen content like I do, you might as well repurpose that content into social media posts and make those evergreen as well. Besides evergreen tweets, I always have a few landing pages, email courses, and a free resource library that I’m consistently promoting as well. It’s amazing how different people continue to like and retweet my content because clearly they didn’t see it on their newsfeed the first, second, or even third time!

Imagine how many impressions, clicks, and engagements you miss out on if you only promote something once — especially on a busy channel like Twitter. I still go on Twitter to retweet other people’s content, reply, and thank people for sharing my content. But ever since automating Twitter, I can focus more on creating courses and real content, the things that I hold dear.

When I saw that there were so many rising social networks that were relevant to business, I almost fainted. (Okay, that’s a bit of an exaggeration, but only a bit!).

“I have to create content for every single channel??”


So when I heard that repurposing content was a thing, I thought it was the smartest thing ever. Very quickly, I realized that people are busy bees, and they aren’t paying attention to all my promotional efforts on social as much as I think they are. I can promote something once, twice, or even three times, and still there would be that someone who would only click on it the fourth time.

People don’t pay attention to our content as much we we want them to. Other times, people just don’t have a need for a piece of content on that day we promote it.

Also, I learned that we all have different learning styles. One person can learn better 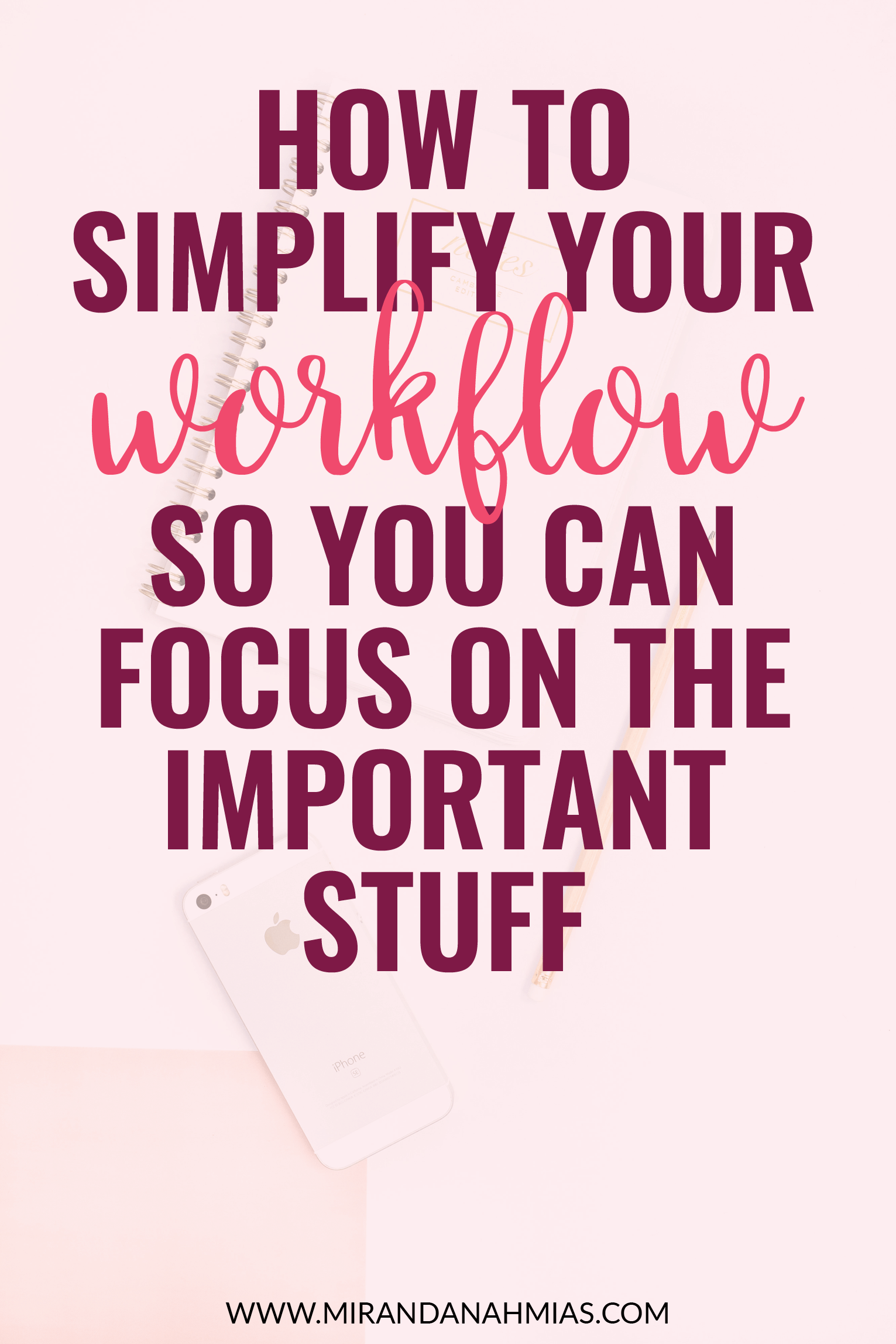 through reading, but another person can learn better through listening to an audio recording. Still, sometimes, without a video tutorial, we can second guess ourselves. Am I doing this right? Am I missing a step?

I spent most of last month repurposing my content. I already repurpose a lot of my tweets, as they’re evergreen. What I really do is — I take the most valuable points in my blog posts and create a 140-character blurb.

Or I will create an audio recording of my blog post. Even as a writer myself, sometimes I still find large amounts of text hard to digest. Audio recordings are not as much work as videos to create, but they’re still more personal than text.

I have a resource library of workbooks, cheat sheets, and checklists. Some of them have partner blog posts, but not all of them do. When I was revamping one of my longest and most valuable workbooks, I realized that it would be a good idea to create a free email course out of it. The workbook had a seven-step plan, and while I could’ve easily created seven individual blog posts, I chose the email course route because I found it more intimate.

There are many forms of content you can repurpose. Here are a few ways you can try to repurpose your content:

How do you know what’s a good form to repurpose your content to? I usually just go with my gut feeling. For example, if it’s a tech tutorial, I know it’s much easier for me to film a video so my readers can follow step by step. There’s no second guessing, and everyone will get to Point B the same way. I want to make it intuitive and easy for them.

A few weeks ago, someone asked how I batch certain tasks for certain days of the week. I suppose batching things by the day of the week works for some bloggers. After all, who doesn’t want a system that works productively where you know what you wake up to do each day of the week. People are wired to like certainty.

I haven’t found a system that works for myself primarily because my workload has been really different for the last few months.

There are a few things I consistently do every day or every week, such as answering questions in online communities and Facebook groups, but, for the most part, I’m always experimenting with new stuff. I can’t tie myself to a specific workflow each day of the week, because I’m not always creating an email course, nor am I always turning written content into audio recordings.

Ultimately, I don’t find purpose in doing things just because it’s a certain day of the week. If anything, the only time I’ve used this kind of system was when I had to schedule Twitter. I use to set that task for Sunday, and I would schedule one week’s worth of tweets at a time.

But just because you can’t batch certain tasks for certain days of the week doesn’t mean you can’t batch them at all. When I do things in batches, what I really mean is — I do many of the same types of tasks for the same project all at once. For example, when I was writing my course on how to create a high-converting website, I batched my work base on the “type of content” I was creating.

Each bullet point below is one batch:

Each time I start a new project, I plan before I get to work. How can I break it down so I that I can do a few of the same tasks for a few days? It’s easier for my brain if I repeat the same things for a few days because I already have a subconscious routine. I dive deep in my workflow rather than brush the surface of every task first.

What processes and workflows do you simplify in your business or blog? Or rather, what processes do you wish you can simplify? I’m all ears — let’s chat!