Let’s jump right in with this October 2017 income report! I’m super excited to share with you guys what’s been going on with me lately. 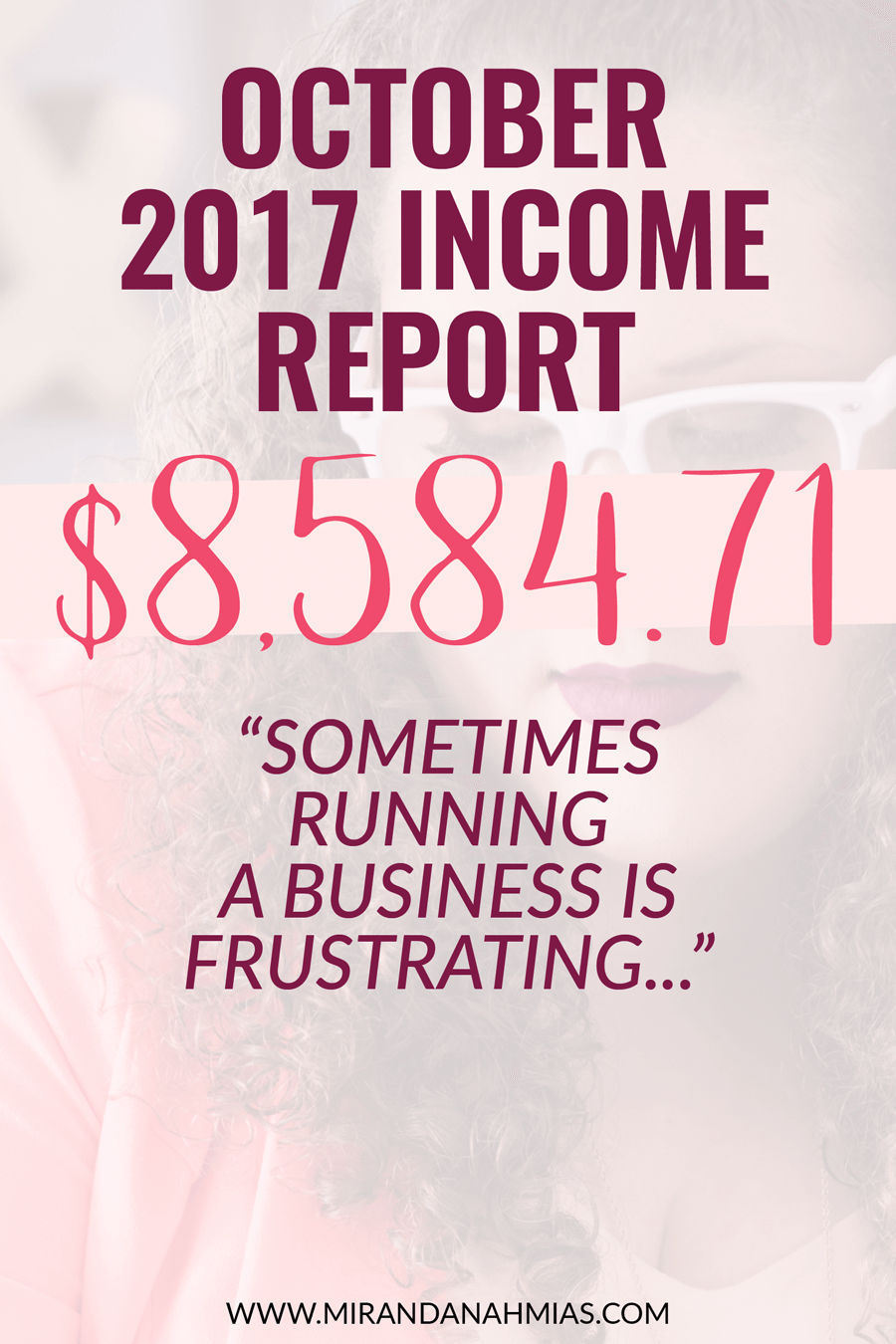 I’m going to be honest with you guys — October was kind of a bummer. While we totally knocked it out of the park in August and September, October didn’t go so well.

Going in, I knew that August and September are usually really busy months for me. So it wasn’t a total surprise that October brought in less revenue. But it was still a little disappointing to go from two record-breaking $10k+ months back down to under $10k. After achieving that goal, it’s hard to not continue to meet those standards over and over again.

I want to be a consistent $10,000 per month business (at least!), but I’ve had to come to terms with the fact that I’m maybe not quite there yet.

My Goals For October 2017: Success or Failure?

**Annual expenses not included (such as Tailwind* and hosting costs*). 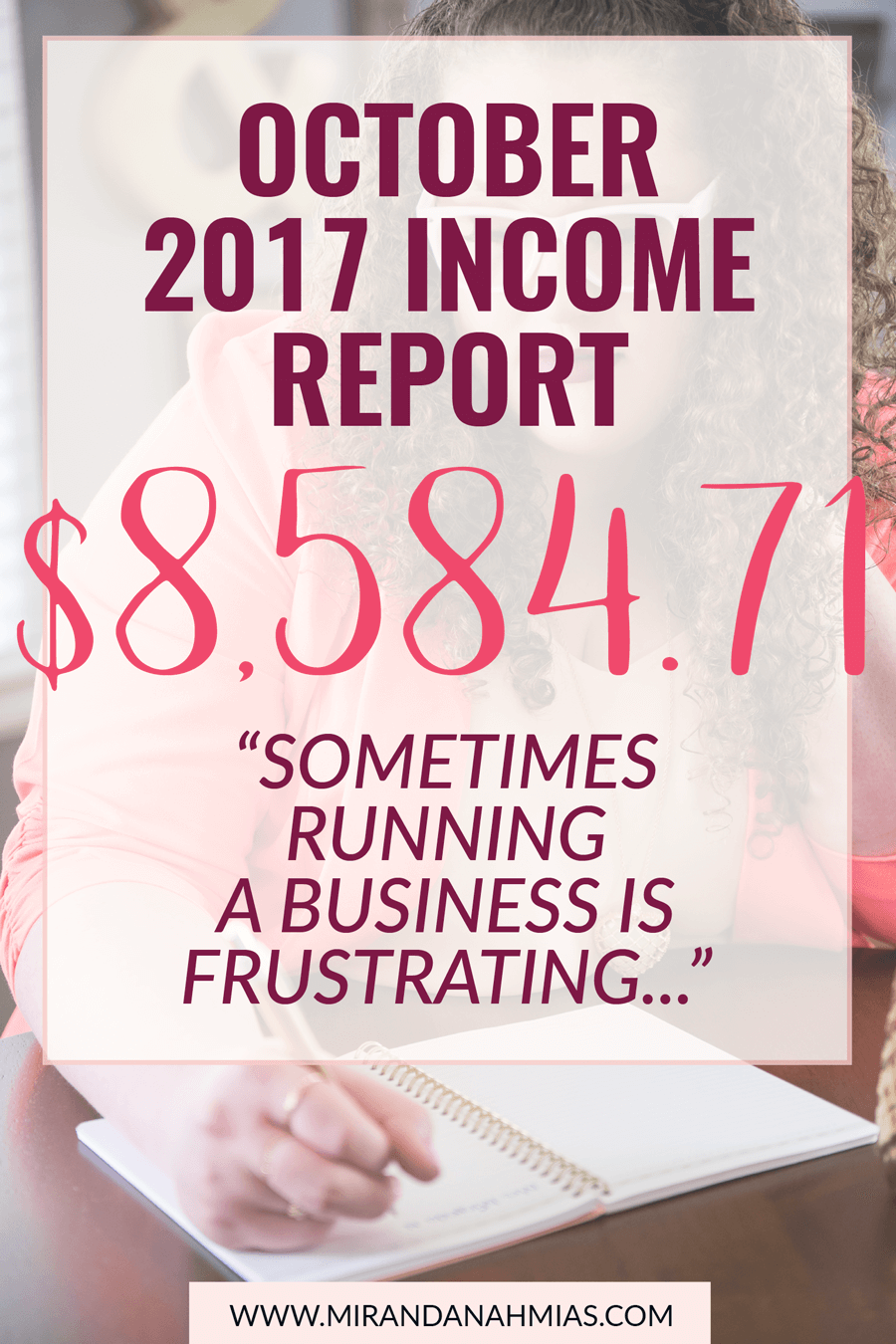 As I look over this income report for last month, I’m pretty disappointed. Not only did we not hit $10k again, we also spent an exorbitant amount in expenses.

In thinking back on how the month went, I could tell pretty early on that we weren’t going to do well. Because I was putting so much pressure on myself about it, I worked extra hard this month trying to bring in new clients and make more money. It didn’t really work, and I end up spending a lot of extra time and effort doing that when I could’ve been working on other things. As a result, not a whole lot of stuff got done and we still didn’t hit the $10k goal.

Sometimes running a business can be so frustrating! Especially when I look at the overall profit for October, that’s what really scares me.

Once I quit my part-time job in December, Brent and I figured out that we need about $3,500 to live on each month. So having a month where our profit is only $2,500 is clearly not going to cut it. In a few months, we won’t have my part-time income to help fill in the cracks. I’m hoping that, with a few more good months under our belt, we’ll be able to save away some extra rainy day money to make up for those months where we don’t make as much. But since we just hired our new accountant and started implementing the Profit First system last month, things aren’t at that point yet.

In speaking with my accountant, I did realize that there were a few weird things in October that accounted for some of this discrepancy. So I’m hoping that October was just a bit of a fluke. But, still….ugh! It’s hard not to feel upset.

I was getting pretty down on myself about it the other night, but something Brent said really got me thinking. He said, “Pretend this was like a year ago, and I told you that you’d make $8,500 this month, but you could only keep $2,500 of it because of some annoying circumstances that came up…you’d be jumping up and down, you’d be so excited.”

While I’ve grown and learned a lot in this past 2 years since I started my business, what he said rings true. It’s all a matter of perspective, isn’t it?