Let’s jump right in with this March 2018 income report! I’m super excited to share with you guys what’s been going on with me lately.

March was a whirlwind to say the least. I kept expecting my income levels to drop off, as spring/summer are typically my worst months, but I wasn’t quite sure when I would start to see that indicated in my revenue.

Basically, it still hasn’t happened yet. In fact, we ended up having our best month ever in March!

I was pretty surprised, but I’m usually the type of person who always prepares for the worst, so I was happy that we did better than I was expecting!

That being said, I’m almost 100% positive I’ll see a big dip in income starting this April. It’s all part of being a business owner — navigating those ups and downs. Typically it starts to come back up again around August. Now I just have to make it through the next 4 months!

The funny part is that, up until at least halfway through the month, we were estimating that we were on track to make only about $10k in March. And then out of nowhere we had a huge influx in clients and sales which pushed us over the edge! So I guess anything is possible.

My Goals For March 2018: Success or Failure? 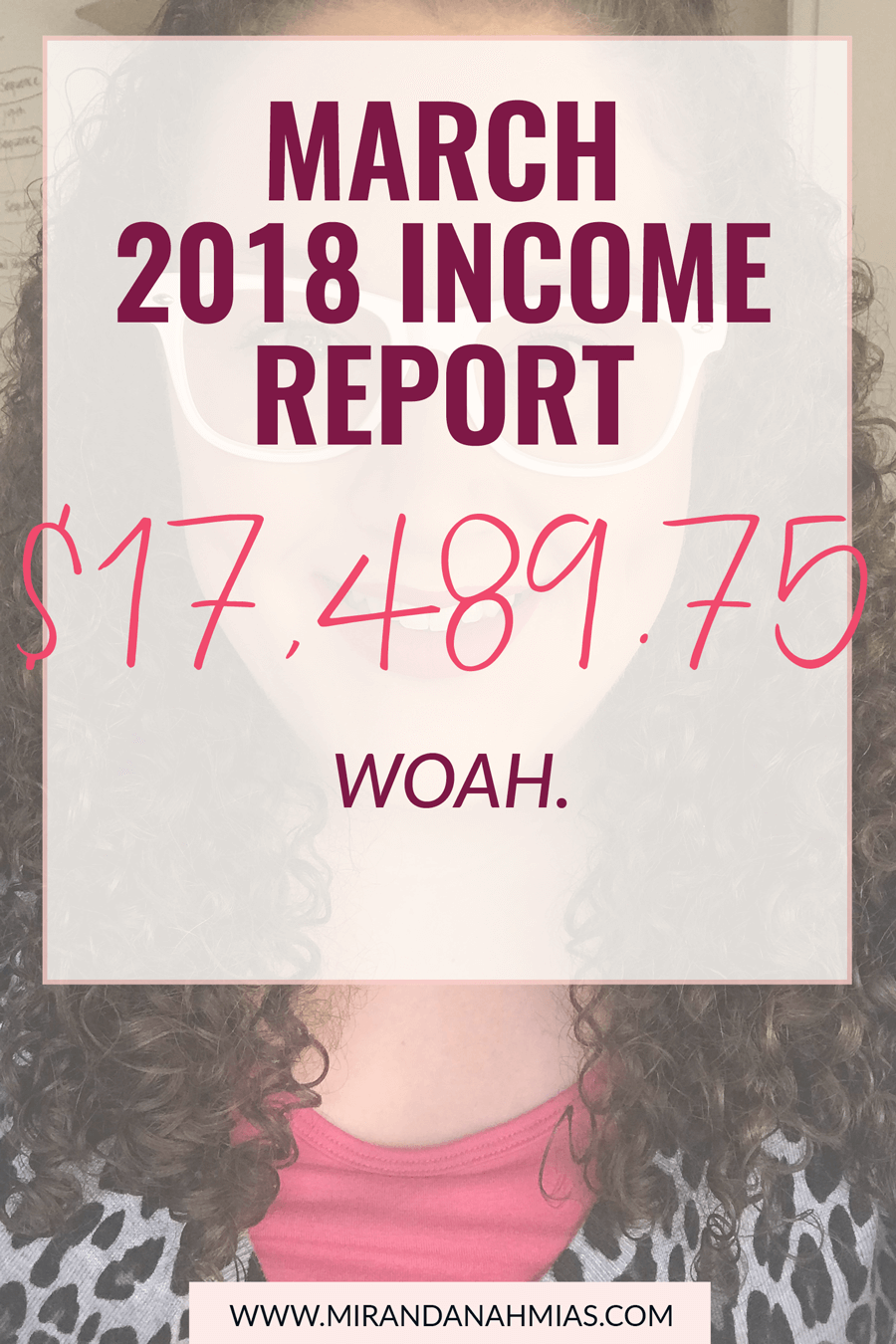 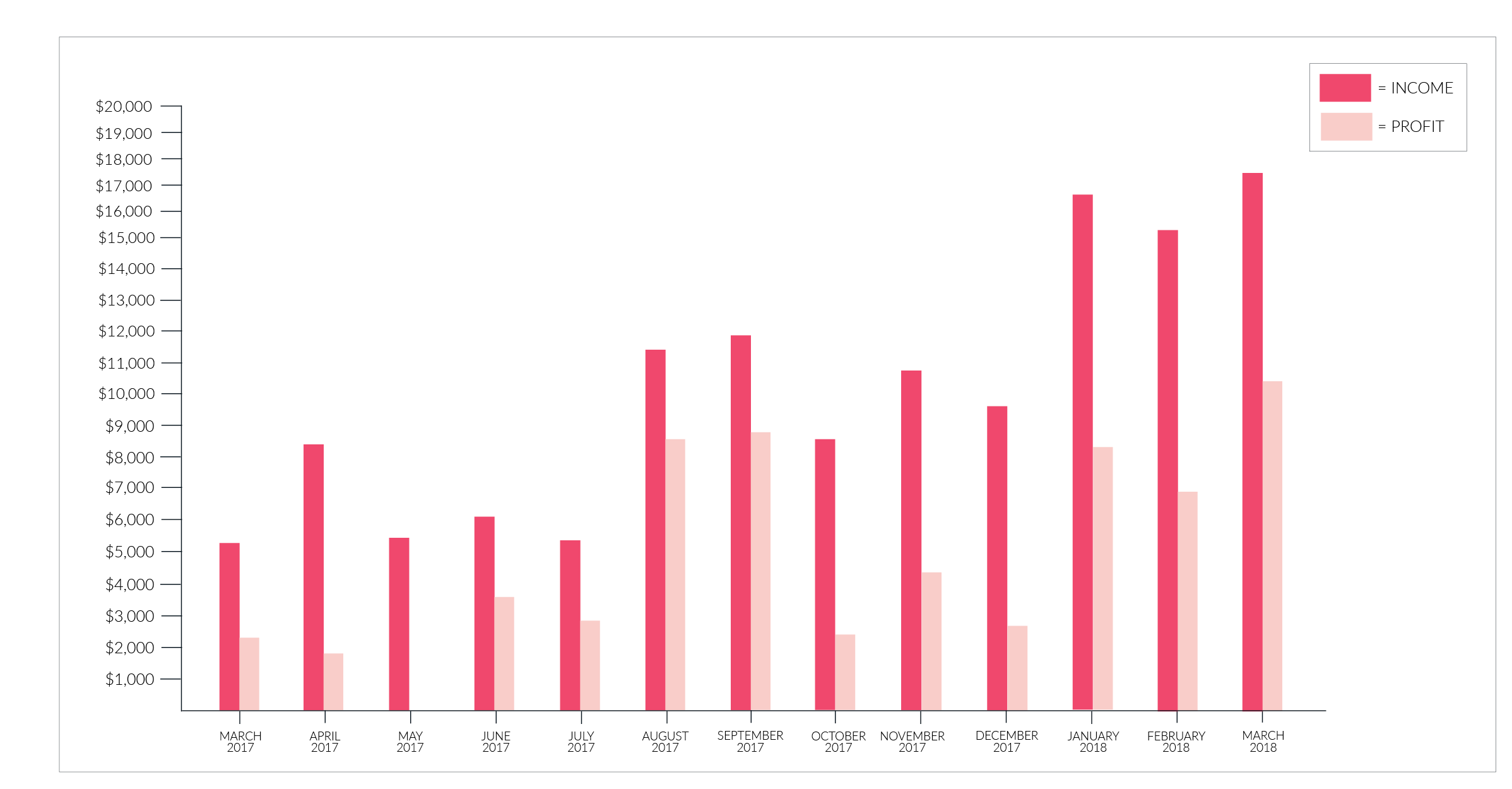 Honestly, I’m just kind of sitting over here like: “We made how much profit?!” It’s taking a little bit of getting used to!

I was talking it over with my bookkeeper and I was telling her that I really have no idea why or how this is happening. All of a sudden we went from consistent ~8k months to making over $15k three months in a row. It’s like 2018 happened and suddenly I have a totally new business.

I think that’s why sometimes it’s scary for me to talk about or look at the numbers. I really have no idea WHY things are going so well, which makes it feel like everything is totally out of my control. Like, if I don’t know how I got to this point, how could I possibly figure out what to do to continue at this level?

Part of me thinks it’s a fluke. A consistent fluke that happened 3 months in a row…? But another part of me is starting to wonder if I’ve finally “made it” as a business owner. Like maybe I’ve somehow gotten to this magical place where my visibility is so strong that things are starting to happen to me instead of me needing to work like a dog to make things happen. If that’s true, I’m feeling totally out of my element…but it’s kind of exciting to be in a whole new stage in my business!

I’m anxious, but also really looking forward to see what happens next.