My April 2019 Income Report: Even When It’s Bad It’s Good Skip to content

Let’s jump right in with this April 2019 income report! I’m super excited to share with you guys what’s been going on with me lately. 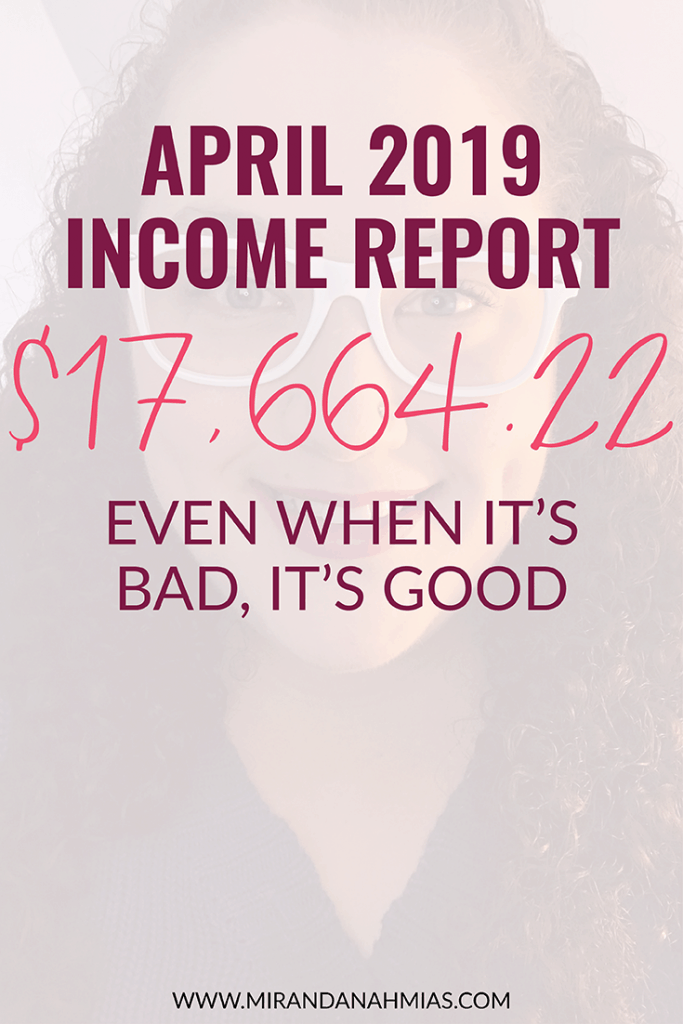 April came and went like a blur. This time of year as we transition from winter into summer always happens very quickly for me.

It’s also usually the time of year where my client load starts to slow down…but for some reason this year it hasn’t really seemed like it’s heading towards that! I still expect to see a drop-off once June hits, as kids being out of school always affects the moms I work with.

But at least for right now, there’s no signs of slowing down at all! In fact, I’ve been so busy that I barely even noticed that April happened.

My Goals For April 2019: Success or Failure? 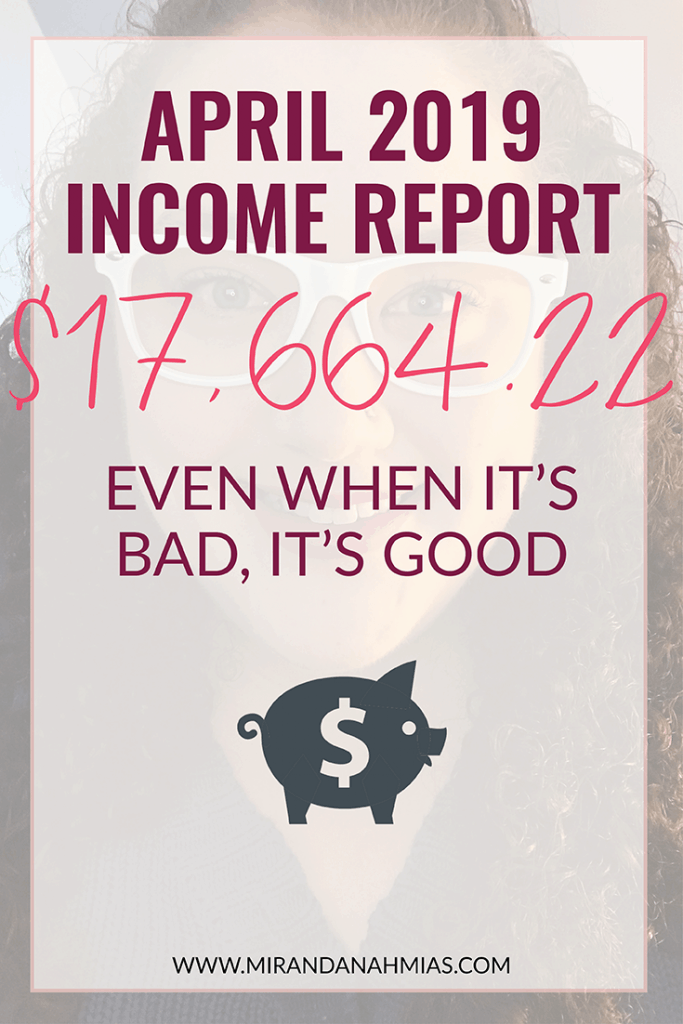 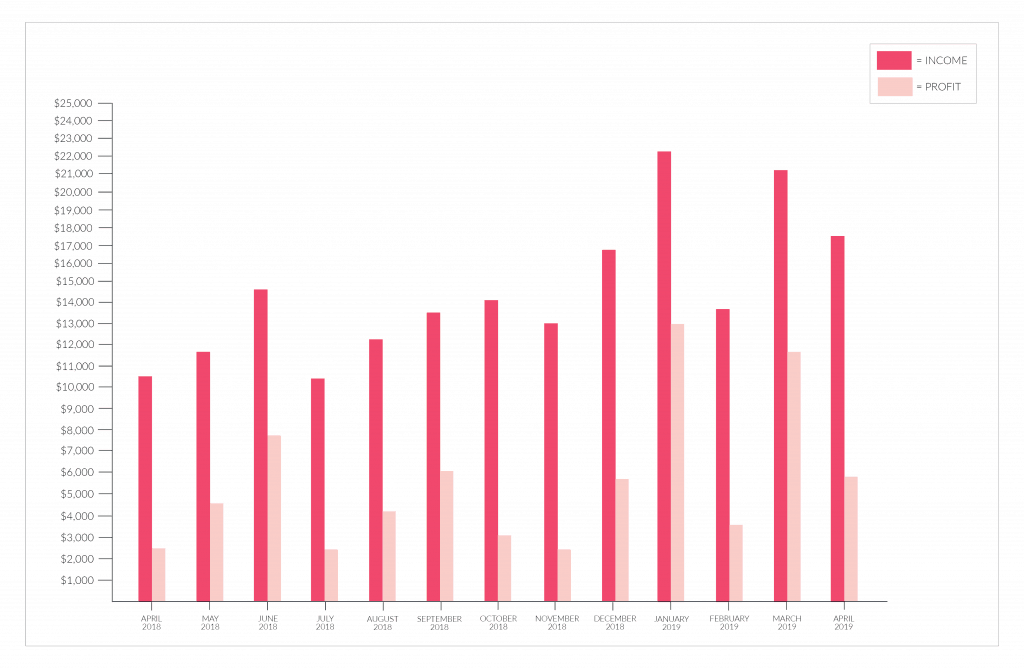 Somehow, as my business gets more and more “successful” I have become kind of jaded by the high numbers. I’ve hit $20k+ two times and now suddenly, anything less than that isn’t good enough in my mind.

It’s weird how the brain works!

But when you REALLY look at it….holy crap, $17k is a LOT of money. Especially when our profit (although not amazing percentage-wise) is enough to keep a roof over our heads (and then some).

I need to sometimes take a step back and just think about how lucky I am to have a business that is profitable, and which is even accumulating some savings, so that I can do things like invest in myself, take trips to events, and pay for educational materials.

PLUS I am paying my entire team a really good salary, and my husband and I both have full-time jobs in the business.

Although I could have gone on and on about how disappointed I was by the numbers, and wished they would’ve been higher….in the end, I’m doing AMAZING. And I need to remember that instead of always focusing on the next big number I want to hit.