Let’s jump right in with this April 2018 income report! I’m super excited to share with you guys what’s been going on with me lately. 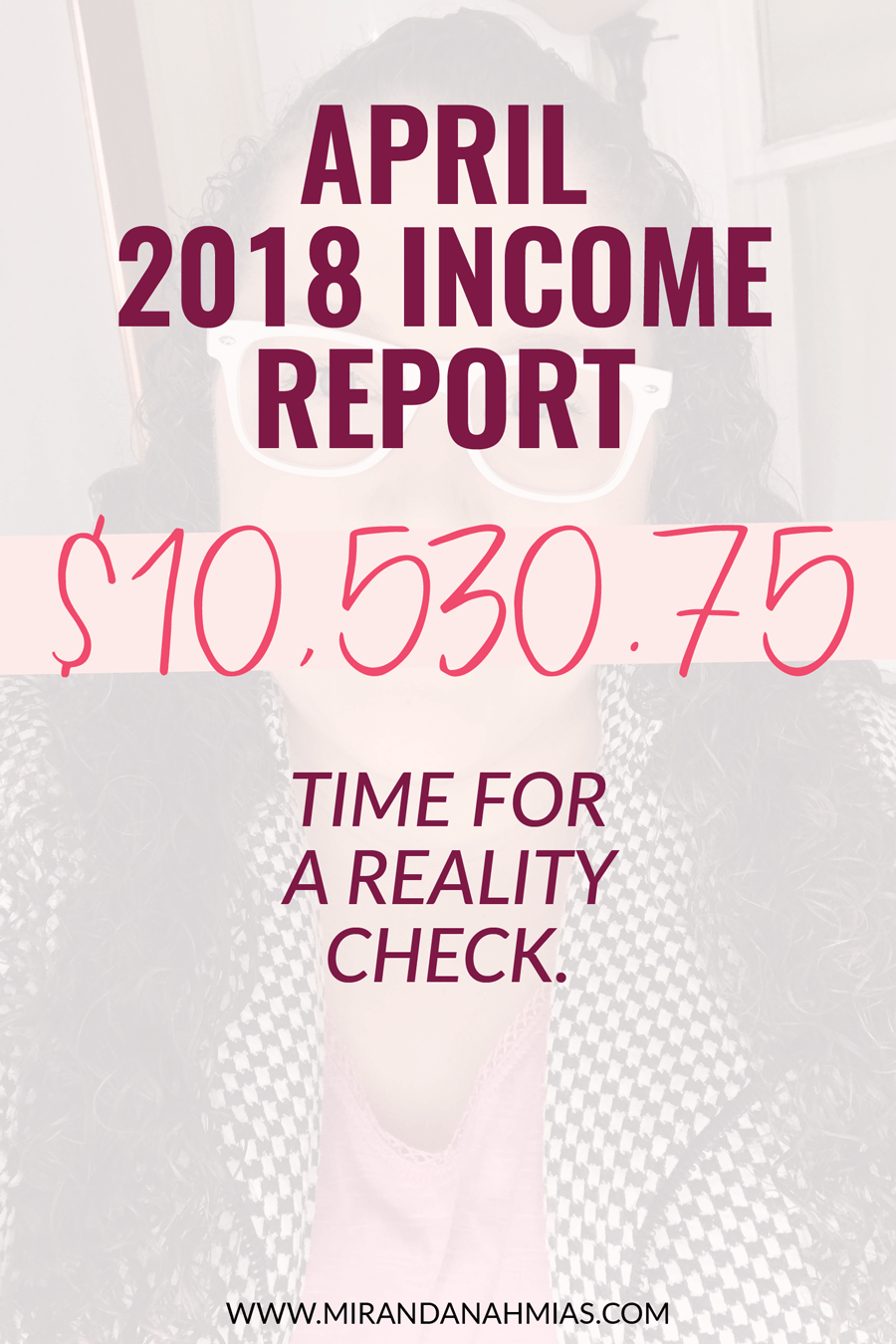 This month, I finally saw the drop off in income that I have been anticipating. It felt good to have realized that this was coming, as it was a bit easier to prepare for. And we have plenty of money saved up from the last few months to help us keep the lights on during these slower months.

I was really hoping that, even during the slow months of this year, we’d still make our bare minimum of $3,500 profit (which is how much we need to take as a salary to survive). But unfortunately that didn’t happen. Luckily since we’re using the Profit First system, we do have enough saved up to tide us over. One of my goals for 2018 was to go 6 months in a row with at least $3,500 profit each month, so I was pretty disappointed that we ruined our 3-month streak.

My Goals For April 2018: Success or Failure? 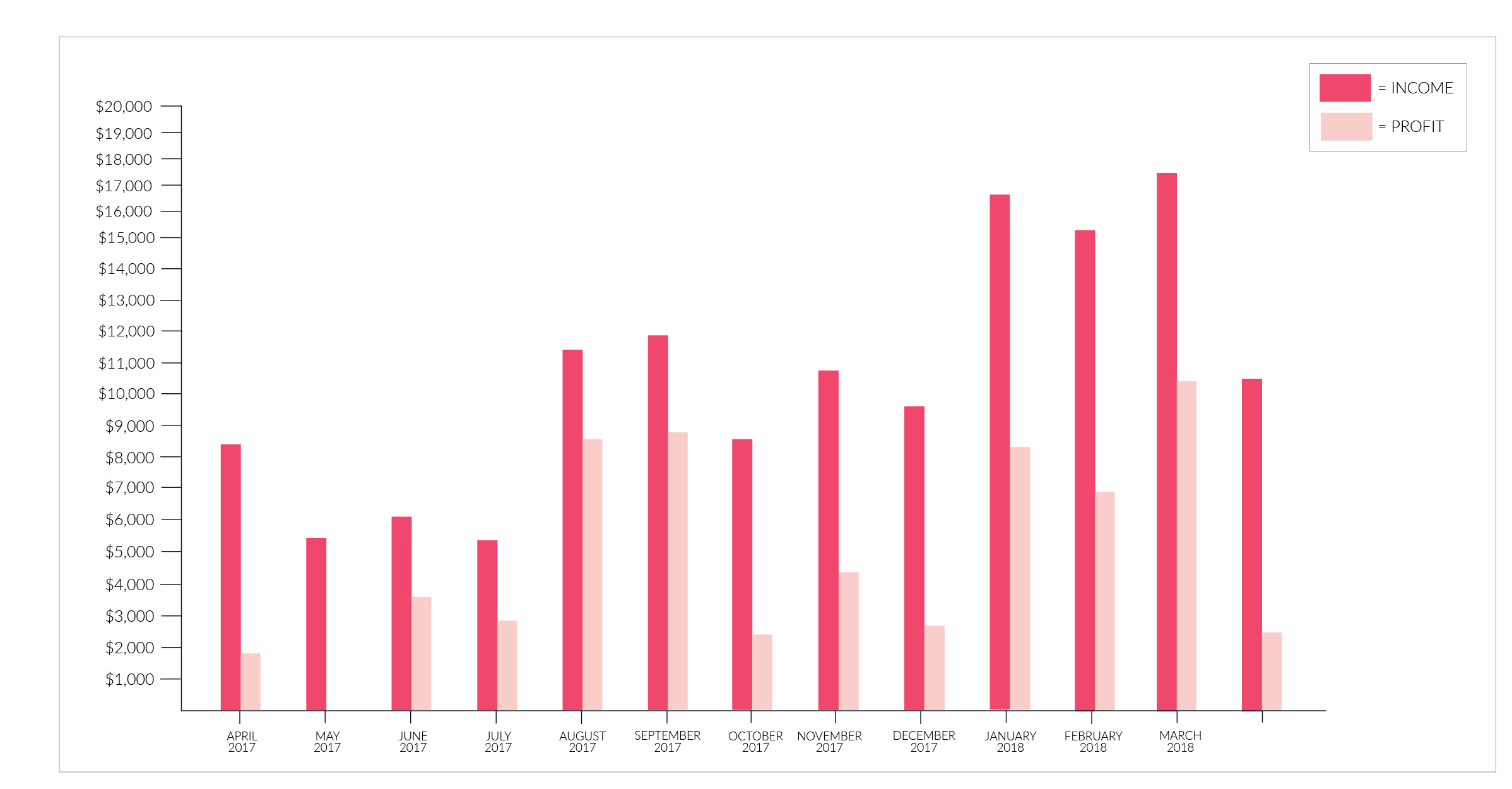 Overall, I’m pretty happy with how we did this month. We were still able to bring in a 5-figure revenue, and although I didn’t hit my profit goals, we’re not in that bad of a situation.

Mostly I’m disappointed that I wasn’t able to continue my streak of having 6 months in a row bring in a consistent profit of at least $3,500. To me, achieving that goal right after having quit my job in December would’ve made me feel like I was 100% successful at transitioning this business from my (not-so-part-time) “side hustle” to my full-time job.

That being said, maybe I can try to look at it from the perspective that by going through this, I’m giving others a good idea of what it’s really like to own a business. Although I had an AMAZING first quarter, that doesn’t necessarily mean that I’m achieving all of my goals and having record-breaking months one after the other after the other. There are still things that I’m struggling with, and will continue to struggle with as I make this transition into full-time business owner.

The main takeaway I hope you get from this is that, if you’re trying to take that leap, make sure to save a lot of money beforehand. Luckily, we have plenty sitting in our savings accounts in case something goes wrong. I could make $0 the next few months and still not have to foreclose on my house. And I’m so, so glad that we were able to do that, because clearly I wasn’t able to consistently replace that old income right away. There are still things that I need to work on in my business to get to the point where I am, without a doubt, always going to bring in enough profit for us to live on each month.

Good thing I’m up for the challenge!